A pastoral symphony of soulful landscapes and deep history comes together in this 800-square-mile region, the United Kingdom’s largest Area of Natural Beauty (AONB). The gentle “wolds” or hills are home to ancient beechwood trees, grazing sheep, blooming meadows brimming with flowers, birds and butterflies, and luminous Jurassic limestone used to build cottages, castles and stone walls. Cycling along sleepy country lanes, dining in pubs and tea rooms and resting in quaint village inns, we will experience the best of rural England! 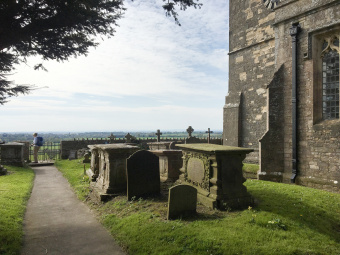 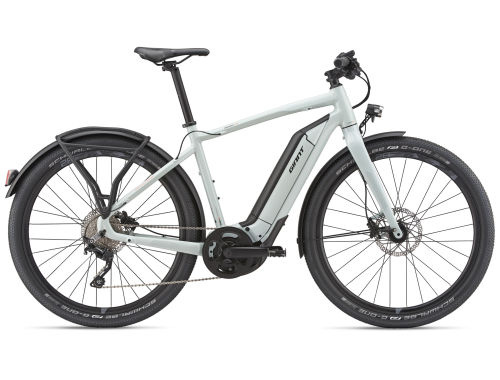 DAY 1: Meet at Paddington Station at 11:00am. We will take a 2-hour bus ride to the small town of Moreton-in-Marsh for our introduction to the Cotswolds. Here we will be fitted for our bicycles and learn how to ride on the "wrong" side of the road. Then we will savor our first dinner together and spend the night. 10 miles.

DAY 2: “Shall I compare thee to a summer’s day?” Let’s ponder this question as we pedal our way to Stratford-upon-Avon, celebrated birthplace of William Shakespeare and home to the Royal Shakespeare Company. En route, we take time to explore Hidcote Manor Garden, a famous Arts and Crafts-style garden created in the early 20th century by American-born Major Lawrence Waterbury Johnston. Admire grand topiaries, quaint lily pools, rare trees, and plants from around the world. 20 – 38 miles.

DAY 3: Today is quintessential Cotswolds, as we wend our way through the region’s most idyllic and iconic towns and villages, patchworked together by stone walls, meadows undulating with wildflowers and birds, and hillsides dotted with grazing sheep and cows.

We'll stop in Chipping Campden, a market town built from the Middle Ages wool trade. It has the magnificent St. James wool church to prove it -- funded by wealthy merchants who wanted to ensure their spots in heaven. We'll take lunch in the gardens at Snowshill Manor, where architect Charles Paget Wade left his eccentric collection of toys, clocks, musical instruments and Samurai armor. 20 – 33 miles.

DAY 4: “No hour of life is lost that is spent in the saddle.” It’s hard to disagree with Sir Winston Churchill, whose birthplace is the first destination of today’s ride. A UNESCO World Heritage Site, Blenheim Palace in Woodstock is also deemed by many to be England’s greatest palace.

You will have plenty of time to roam the interior of this massive Baroque palace, built as a gesture of gratitude in the early 18th century for the Duke of Marlborough, John Churchill, who ensured victory over the French and Bavarians in the War of the Spanish Succession. We'll have a sumptuous picnic lunch in the expansive Blenheim Gardens, ornately landscaped with curly-cue hedgerows, statues and fountains.

We'll spend the rest of the afternoon making our way to Burford, a striking town dubbed the Gateway to the Cotswolds. We'll cycle by the medieval arched bridge that crosses the River Windrush and see the Reavly Pharmacy which has been selling medicines to the public since 1734. 23 – 38 miles.

DAY 5: Think of this as the day you could run into Lady Mary or Matthew Crawley strolling the gardens at Downton Abbey. We follow a mostly flat road to Bampton, the stand-in for the village of Downton, where fans will recognize St. Mary's Church, the Bampton Community Archive (remember the hospital?), and the other exteriors used in the early 20th century period drama.

We take a break from our bikes in the afternoon as we bus to Oxford and embark on a walking tour of the "city of dreaming spires," where the oldest university in the English-speaking world still thrives. We return again to Burford to spend the night. 16 – 23 miles.

DAY 6: Wake up and smell the Neolithic! We take a day away from the Cotswolds as we pedal south to prehistoric sites of beauty and wonder. Our morning is about riding, the afternoon about sightseeing. First stop is White Horse Hill, where a sleek equine pictogram more than 360’ long was trenched into the hilltop and filled with chalk some 3,000 years ago. Next we will discover a section of The Ridgeway, Europe’s oldest continuously used (5,000 years) “superhighway” that stretches 87 miles atop the spines of the chalky hills.

We press on to Avebury, three ancient stone circles that have amazed and mystified people for thousands of years. Of course, we will make the pilgrimage to Stonehenge, the most famous monolith circle in all of Europe, where a collection of 25-ton stones have stood upright for 4,500 years, a testament to Neolithic ingenuity and genius. Lastly, we’ll make our way to Tetbury, another gorgeous Cotswolds town and home to Prince Charles. 15 – 25 miles.

DAY 7: Let’s fast-forward a bit from prehistoric times to Roman times as we pedal south to the Roman enclave of Bath via an ancient Roman road. Hot springs made this a natural location for Roman baths, which we will explore in full, from the still green Sacred Pool to the pump rooms. We can even sip a cup of mineral-loaded Bath water --- to your health!

“Oh! Who can ever be tired of Bath?” asks the protagonist in Austin’s Northanger Abbey. Jane Austen lived for a time in Bath, and used it as the backdrop in some of her novels. Tired or not, we will cycle or ride back to Tetbury for our last night in the Cotswolds. 20 – 40 miles.

DAY 8: Parting can be such sweet sorrow, as we end our tour with a scenic farewell ride circling the southern Cotswolds. Soak in the green countryside, wave to grazing cows and sheep, admire the stone bridges with their handsome arches, and take your last pictures of those lovely honey-stone cottages for prosperity.

We'll then say our good-byes just before lunch, as we're dropped off at the station to catch a train to Heathrow, Gatwick, London or other destination. Cheerio! 10 miles.